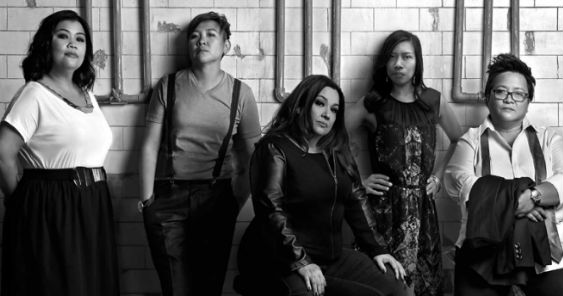 Against the Current: Just Add Water celebrates its 10th year

MANILA – Want a cup of coffee? A glass of juice? Or a bowl of noodles? Just add water. Want to start an organization with a pool of freelance producers? You’re going to have to do more than that. For partners Chona Bustamante and Jem Lim, it took a couple of sleepless nights, a few missed birthdays, maybe some friends lost along the way, and a whole lot of passion and love for what they do.

Years into doing a job that knows no time, no holiday or anything that resembles taking a break, Chona and Jem show no trace of exhaustion or loss of love for production when we met up with them over a hearty lunch in March. They told us the story of how Just Add Water came to be, with giddiness and enthusiasm, as if it was only yesterday.

THE BIRTH OF JUST ADD WATER

Once upon a time, agencies, along with art directors and copywriters, used to have their own in-house producers. But as the workload got heavier and budgets tightened, agencies eventually dissolved their broadcast departments and started outsourcing.

“We could see the wave coming in during the late 90s. I think it came hand-in-hand with the commission or man-hour system so it became harder for agencies to sustain a broadcast department,” says Jem.

Jem at the time was already doing freelance work while Chona was broadcast head at McCann, where the two met and found out that they had the same idea all along–to build their very own “broadcast department”.

“I used to get her as a freelancer for McCann. That’s how I got to know her,” recalls Chona. “So when the idea came, I said I needed a good partner. In anything, you have to have a partner that shares the same vision as you.”

Together with four other founding directors, Ging, Jo and Kris, Jem and Chona started Just Add Water from scratch, an organization that was the first of its kind not just in the Philippines but even in Asia.

“We knew we were pioneering something and had no model to follow. We had to create a framework that would work for us,” tells Chona.

The agency where the idea of JAW was conceived was the same agency where the organization had its first shot as an external broadcast department. “I put it up on the table with McCann who also already at that point was thinking about it. They were also starting to outsource that time, so it was perfect timing,” says Chona.

The partnership with McCann, according to Chona, was what gave JAW their needed headstart, “They gave us a little bit more confidence because we knew there was, at least, one agency that was willing to give us the break.”

From seven founding members who were “renting” one of the offices inside McCann, JAW has now grown to a good mix of 23 freelance senior and junior producers.

The company’s once sketchy structure has become more solid and organized through the years, and resembles that of a full on company’s, “Producers are evaluated, trained. They go through seminars,” explains Jem. Apart from trainings, JAW also provide their talents with health care, a luxury that other freelancers can’t afford to have.

“We thought that by having a structure, we’re policing ourselves. We’re professionalizing,” says Chona. “We’re not just literally guns for hire. There is accountability. It has to have that.”

Also in line with its structure is JAW’s rate card, Jem recalls, “Ten years ago, we thought, never mind what everybody else is charging. Let’s find the best way to charge.” Chona adds, “We encourage visibility of rates.”

THE ANATOMY OF A PRODUCER

“You know, before you make that leap, even if I want you on our side, let’s have a long dinner. I’ll tell you what my life is all about. Chew on it then let’s talk again tomorrow,” Jem’s advice to those who express interest to become a producer.

“As a producer, you are like a doctor on call, 24/7. A producer is a different breed altogether. You have to be a different kind of person to become one,” chips in Chona.

Being a producer, according to Jem and Chona, requires a lot of multi-tasking. A producer has to be a jack-of-all-trades, master of integration, “You have to know production, its whole breadth. From the technical, to the latest. You do the soundtrack yourself, you deal with the budget, you clear costs, you deal with personalities, you have to be a good communicator, you have to be the executor of the vision of the creatives: ‘This is what I want…but this is all I have,” jokes Chona. “We have to manage with the unholy trinity of tight budget, unreasonable timeline but high, high expectations on quality. It’s our job to put everything together.”

In ten years, no one has left the company except for three people with very valid reasons: one had to migrate to Bahrain, one decided to be a full-time mom, and one became an agriculturist–a proof of JAW’s effective organizational structure and talent management plus its meticulous client-producer pairing and dedication to training.

As for Jem and Chona, despite the daily task of squaring up to Murphy’s Law and rolling with the punches, there’s no place they would rather be, “It’s a roller coaster ride but in the end when you see everybody happy that you finally pieced the project together, it’s the best feeling ever.”

This article was first published on adobo magazine’s May-June 2015 issue.